Hyundai Motor Company, South Korea’s largest automaker, celebrates the 30th anniversary this year for one of its best-selling models, the Sonata. This mid-sized sedan, which made its first debut in 1985 in Korea, has played a pivotal role in Hyundai Motor’s growth and reputation.  Selling over 7.3 million Sonata models since its introduction 30 years ago, the Sonata has become a family sedan much loved by customers all around the world.

During its 30-year history, the Sonata constantly strived to depart from its past formulas of success and begin anew by launching new generations of the Sonata.  The Sonata evolved over time by embracing the latest innovations, leading to its ever strengthening reputation.

Hyundai Motor introduced the 7th Generation, the All-new Sonata in 2014 globally. The greatest of products and accomplishments are not only achieved by moments of inspirations, but rather, are also results from perseverance, creation and recreation.  After generations of cumulative efforts supported by Hyundai Motor’s unrelenting passion and determination to exceed all expectations, this is the most advanced Sonata ever produced. The Sonata, an embodiment of Hyundai Motor’s latest design philosophy and enhanced performance, also incorporates world leading safety and convenience features.

The Sonata has been and will be the emblem of Hyundai Motor’s challenge to exceed yesterday’s successes and to create tomorrow’s glory.  It was this determined mindset that enabled Hyundai Motor to strengthen its quest for perfection and to go forward.

Unlike the 1st Generation model, the 2nd Generation Sonata employed a front wheel drive system. As Korea’s first independently designed model, it departed from the angular design and adopted a curvy aerodynamic design, completing the grand image of Sonata. The facelift, launched in 1991, was the first model to be badged with a revised Hyundai Motor logo.

The 1990s was when digital devices emerged to replace traditional devices using analog technologies. The 3rd Generation Sonata enjoyed a great boost in popularity due to many advanced features including automated side mirrors and ABS technologies. With the 3rd Generation Sonata, Hyundai Motor was able to gain a strong competitive edge among leading global automakers.

The 4th Generation Sonata, launched in 1998, was the best-selling model in Korea for 19 months from February 1999 to August 2000. The mid-sized sedan was sold in Europe and was equipped with an internally developed engine and Hyundai Intelligent Vehicle Electronic Control (HIVEC) transmission.  It also became the highest scoring mid-sized sedan in the 2004 J.D. Power Initial Quality Survey in the U.S.

The 6th Generation Sonata was one of the first Hyundai Motor models to employ the Fluidic Sculpture design philosophy.  Its bold and unique design, powerful engine and solid performance created a sensation in the mid-sized sedan market all around the world with record unit sales, allowing Sonata to become one of the Hyundai Motor’s most recognizable models.  In addition, the Sonata Hybrid was introduced within this version in 2010.

The All-new Sonata, 7th Generation, has further refined and balanced the trendy style of the evolved version of Hyundai Motor’s Fluidic Sculpture design philosophy, truly pioneering the mid-sized sedan with both design and performance.  Every detail has been upgraded to perfection and various design elements have been balanced to embrace consistency to achieve the ‘essential qualities’ of an automobile.  Built as a family sedan, the 7th Generation Sonata impresses customers with superb drivability, safety and emotional satisfaction providing advanced features.  In addition, the All-new Sonata expanded its products to two other eco-friendly versions including the Sonata Hybrid showcased in 2014 and the first Plug-In Hybrid model introduced at the Detroit Motor Show in the U.S. in 2015. Both the Sonata Hybrid and the Plug-In Hybrid Sonata will boast Hyundai Motor’s brand in the field of environment friendly car segment and green technology under the company’s ‘Blue Drive’ sub-brand. 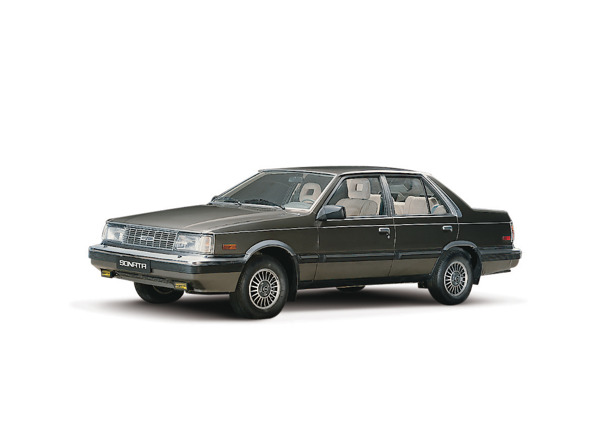